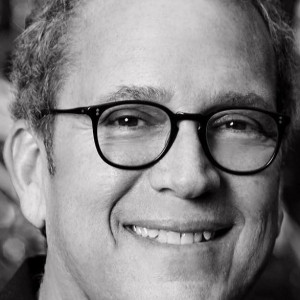 Jampol, along with Dick Wolf, produced the 2010 Doors theatrical documentary film, When You’re Strange, narrated by Johnny Depp, for which Jampol and Wolf won the 2011 Grammy® Award, and were nominated for a 2010 Primetime Emmy® Award. In 2010, Jampol helped conceive, create and produce the Tony®-Nominated hit Broadway musical, A Night With Janis Joplin, which is now touring worldwide. In 2015, Jampol produced, along with Oscar® Winner Alex Gibney, the theatrical documentary film, Janis: Little Girl Blue, directed by Amy J. Berg.

Jampol became a voting member of The Recording Academy® in 1985 and sat on the Board Of Governors of the NARAS® Los Angeles Chapter from 2007-09. He is an Instructor at UCLA, teaching at the Herb Alpert School Of Music, after having taught courses at UCLA for the past 16 years in the music business, marketing, branding, and deal negotiation, presented by UCLA and sponsored by The Recording Academy®. Jampol has also served as a moderator and featured speaker on artist management, digital media strategy, and entertainment marketing for Darden School Of Business at the University Of Virginia; Anderson School Of Business at UCLA; Marshall School Of Business at USC; California Lawyers for the Arts; South By Southwest Music Conference; NARAS®; Nashville Music Conference; BMI; and Loyola Marymount University.

This company develops, preserves, extends and enhances artist legacies,” says Jeff Jampol, President of Jampol Artist Management, Inc. (JAM, Inc.). “We’re dealing with very important art, creation, and artists, and our job is to maintain, build, market, promote and oversee these artists’ legacies or, if you will, their brands. However, we are very careful and judicious in employing the terms ‘brand’ and ‘branding,’ as a lot of damage can be done in the name of commerce, and applying business terms to art can often sully art’s purity. On the other hand, when you bring that pure art to the marketplace, branding is a fundamental part of the mix, and when that foundation, or ‘brand,’ is a legacy beloved by generations of fans, you have to be extremely thoughtful about every single move you make. These iconic artists embody fundamental worldwide significance, not just musically and artistically, but also culturally, politically, socially and historically.”

As the founder and head of JAM Inc., which manages rock legends The Doors, Ramones, Jefferson Airplane, and the Estates of Jim Morrison, Janis Joplin, Otis Redding, Muddy Waters and Rick James, and consults the Estates of Michael Jackson, Henry Mancini, and Peter Tosh, Jampol has had ample opportunity to consider such issues. Indeed, he and his team are fond of citing the “Hippocratic Oath of Rock” as a guiding principle: First, do no harm to the artist’s legacy. But Jampol doesn’t view himself merely as a curator of classic catalogues. “The goal is to extend the reach of the artist and their work, using new distribution channels, new technology and other emerging resources, to place timeless art into a modern context.”

Jampol began his music career as a DJ and Public Affairs Director at a college-radio station (as a supplement to his “official” coursework in media studies and communications) and moved into artist management, production and “DIY” marketing, managing and producing several key bands in San Francisco’s emerging punk scene. After college, he served as a consultant for high-end audio firms and landed a radio-promotion post for CBS Records; this led to work as a promotion executive for Atlantic Records in San Francisco. Jampol’s background served him well in the ensuing years; moving back to his hometown of Los Angeles, he continued to work as a manager, marketer and consultant to entertainment companies and also became a partner in a chain of Los Angeles-area community newspapers. His production company, Polymedia, meanwhile, was the first to sign creative wizards David Was and Don Was as producers, and Jampol became a voting member of The Recording Academy® in 1985; he later sat on the Board Of Governors of NARAS’® Los Angeles chapter from 2007-09.

Jampol was also eager to share what he’d learned about the entertainment industry, and 2011 marked his 14th year as part of UCLA‘s entertainment-industry curriculum. As an instructor at UCLA’s Music Business/Entertainment Studies & Performing Arts program, he currently teaches such courses as The Music Business NOW (co-sponsored by UCLA and The Recording Academy®), Personal Management of Recording Artists, and Artist Development and Marketing in the Entertainment Business. He has also served as a panelist, moderator and featured speaker on artist management, deal negotiation, digital media strategy and entertainment marketing for The Darden School Of Business at the University Of Virginia; The Marshall School Of Business at USC; California Lawyers for the Arts; South By Southwest Music Conference; NARAS®; The Learning Annex; Los Angeles Songwriter’s Academy;Nashville Music Conference; BMI; MusExpo, and Loyola Marymount University, among other institutions and conferences.

Partnering with Danny Sugerman at the Doors Music Company (DMC) in 2003, through Sugerman’s untimely passing in 2005, Jampol continues to manage The Doors’ catalogue; masters, publishing, merchandise, film & TV work, licensing and name & likeness rights, as well as the estate of Jim Morrison and new creative projects engendered by surviving members Robby Krieger and John Densmore. At DMC he immediately began spearheading efforts to modernize the band’s outreach and cultivate new fans while maintaining and deepening its relationship with older ones. In 2007, as part of The Doors’ 40th anniversary celebration, he and his team took over L.A.’s famed Sunset Strip for a multi-venue festival of events, exhibits and performances, all designed to kick off a year-long celebration including a Boxed Set, new CDs, re-releases, a book, a film and museum exhibits at The Rock And Roll Hall Of Fame And Museum® and The Grammy® Museum.

His successes in these arenas, which sparked an array of new consulting requests, led to JAM, Inc.’s management of the Doors, Ramones, Joplin, Tosh, Redding and James Estates, consulting the Estate of Michael Jackson, as well as other Estates, and an extension of Jampol’s unique approach to “legacy marketing.”

In addition to his management, consulting and teaching work, Jampol is an active counselor, speaker and volunteer in the drug and alcohol treatment and recovery field. He’s also an avid bodysurfer, boating enthusiast, racing sailor and hardcore audiophile.