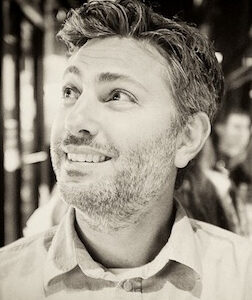 Kenny Nemes has over 27 years of marketing, product development and management experience in the music business.

An accomplished marketing executive, Kenny has worked with some of the biggest artists in the world.

“Working at JAM to preserve the legacy of these amazing pop icons while at the same time bringing them to the attention of a whole new generation is an amazing way to spend every day,” says Kenny. “My background in all forms of artist and brand development allows me to utilize my knowledge of modern marketing and apply it to these timeless artists.”

Before joining the team at JAM, Kenny was the Senior Vice President of Marketing for Rhino Records, working with some of the biggest names in music including Paul McCartney, the Eagles, The Doors, Van Halen, The Cure, Phish, Rod Stewart and many more. At Rhino, Kenny headed up the marketing department and was responsible for all aspects of online marketing, publicity, radio, advertising, design and product management. Kenny led his team to several #1 Billboard chart debuts including the Eagles Farewell Tour I Live From Melbourne DVD which was certified 30x Platinum and stayed #1 on the Billboard DVD Top 50 for 12 straight weeks. Kenny also spearheaded the relaunch of Atco Records and garnered multiple RIAA-certified Gold/Platinum awards and Grammy nominations.

Nemes started his music career as an assistant art director on the music video shoot for Nirvana’s “Smells like Teen Spirit.” From there, Kenny moved to Higher Octave Music (Virgin Records), where he developed marketing plans for all their artists. He was also involved in A&R, signing such bands as Les Nubians, Buckethead, and many more to the label.

He worked once again with some of the biggest artist in the world including the Beach Boys, David Bowie, Billy Idol, Red Hot Chili Peppers, R.E.M and many more. “I feel like this is a great culmination to my career,” says Nemes. “To be able to associate myself with such greats as The Doors, Jim Morrison, Janis Joplin, Ramones, Otis Redding and Rick James is literally a dream come true.”

Voting member, The Recording Academy ® since 1995

Board of Directors – Otis Redding Foundation