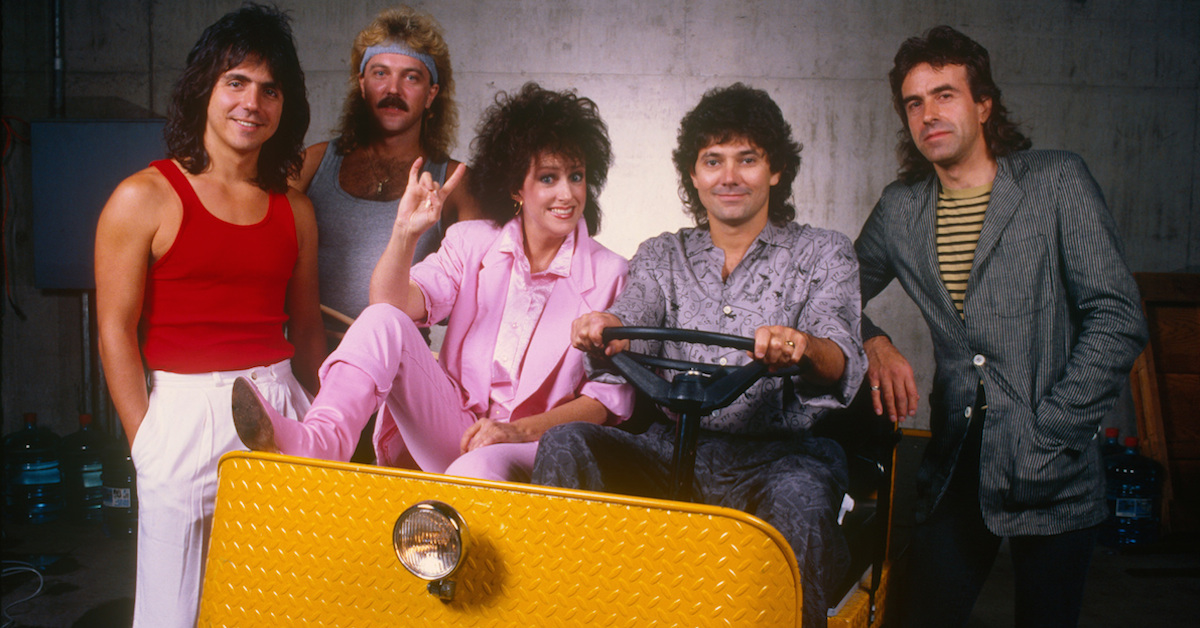 Starship was a band created by the settlement of a lawsuit. Notwithstanding this curious beginning, the group went on to a series of hits in the mid-’80s, including the chart-toppers “We Built This City,” “Sara,” and “Nothing’s Gonna Stop Us Now” in a polished, mainstream pop/rock style before splitting up in the early ’90s.

Starship was the remaining sextet of musicians that, with Paul Kantner, had made up Jefferson Starship until the rhythm guitarist/singer’s exit from that band in June 1984. Kantner, a founding member of Jefferson Airplane, the precursor to Jefferson Starship, had also helped found Jefferson Starship in 1974. Ten years later, Kantner decried the band’s tilt toward commercial rock and decided that it was time for the group to dissolve. His bandmates disagreed, and Kantner sued over money and the ownership of the band’s name in October 1984. The suit was settled in March 1985, resulting in a cash payment to Kantner and the agreement that the name “Jefferson Starship” would be retired, while the band would change its name to simply Starship (with that name owned by singer Grace Slickand manager Bill Thompson).

Thus, at its inception under its new moniker, Starship consisted of Slick (born Grace Barnett Wing in or near Chicago, IL, October 30, 1939), co-lead singer Mickey Thomas (born in Cairo, GA, December 3, 1949), guitarist Craig Chaquico (born September 25, 1954), keyboardist David Freiberg (born in Boston, MA, August 24, 1938), bassist Pete Sears (born May 27, 1948), and drummer Donny Baldwin. Freiberg, however, then dropped out. The newly christened band, freed from Kantner‘s ties to their old sound, quickly entered the studio. The first product of their efforts was “We Built This City,” written by Dennis Lambert, Martin Page, Bernie Taupin (Elton John‘s lyricist), and Peter Wolf (not the former singer of the J. Geils Band), who co-produced the track and played keyboards on it. The song did two things that no Jefferson Airplane or Jefferson Starship single ever had: it hit number one in November 1985 and it went gold, proving a strong calling card for the first Starship album, Knee Deep in the Hoopla, which reached the Top Ten and went platinum, a better showing than any Jefferson Starshipalbum since 1978. Starship followed with a second number one single, “Sara,” written by Wolf with his wife Ina and also featured on the album. A third single, “Tomorrow Doesn’t Matter Tonight,” made the Top 40.

The record sales established Starship as a separate entity with a new audience. The group was reduced to a quartet with the departure of Pete Sears prior to their next recording, a song from the movie Mannequin. Released as a single in January 1987, “Nothing’s Gonna Stop Us Now,” written by Diane Warren and Albert Hammond, became Starship‘s third number one hit in April and eventually was certified as their second gold 45. The second album, No Protection, released in July 1987, was prefaced by the single “It’s Not Over (‘Til It’s Over),” which reached the Top Ten as the album peaked at number 12 and went gold.

At the start of 1988, Grace Slick left Starship, reducing the band to the trio of Thomas, Chaquico, and Baldwin. They added two new members, keyboard player Mark Morgan and bassist Brett Bloomfield, and in the summer of 1989 released their third album, Love Among the Cannibals, which boasted the Top 20 hit “It’s Not Enough” but sold disappointingly. The band was set to tour from mid-August to the end of September, but on September 24, Thomas was involved in a fight that left him severely beaten, suffering serious facial injuries that required surgery. Although no charges were filed, it eventually emerged that he had been beaten by Baldwin, who immediately left the band. While Thomas recovered, Chaquico also departed in 1990. In the spring of 1991, the band’s label, RCA, released Greatest Hits (Ten Years and Change 1979-1991), which featured one new track, “Good Heart,” written by Martin Page and performed by Thomas, Page, Wolf, and guitarist Peter Maunu. Released as a single, it reached number 81. With that, Bill Thompson declared Starship to be inactive.

In 1992, Thomas organized a band that began playing dates billed as “Mickey Thomas‘ Starship” or “Starship Featuring Mickey Thomas.” Although Thomas did not own the right to use the name “Starship,” Thompson and Grace Slick, the co-owners of the name, took no action to stop him, and he continued to perform using the name. In 2003, the Brilliant label issued an album credited simply to Starship called Greatest Hits on which a Thomas-led band re-recorded Starship‘s biggest hits and some songs from Thomas‘ tenure in Jefferson Starship as well as “Fooled Around and Fell in Love,” the hit Thomas sang with the Elvin Bishop Group in 1976. Ten years later, Thomas was back with another Starship album, 2013’s Loveless Fascination, recorded and produced by Foreigner’s Jeff Pilson.

Rhino has released a new digital compilation STARSHIP ENTERPRISE: THE BEST OF JEFFERSON STARSHIP& STARSHIP to celebrate a series of upcoming re-releases from the legendary catalogs of Jefferson Starship, Starship & Hot Tuna,......