Posted at 01:06h in johnnyramone, News, The Ramones by legendarymanager

Henry Rollins, John Doe & Steve Jones are coming together to celebrate the life and legacy of the one and only Johnny Ramone at Hollywood Forever. Steve Jones is hosting this year’s event, Rollins is a special guest, and John Doe will be moderating the Q&A panel discussions with the casts of two of the greatest punk rock movies of all time, Rock ‘N’ Roll High School and Ladies and Gentlemen, the Fabulous Stains.

Directed by Lou Adler and starring our very own Steve Jones, Ladies and Gentlemen, the Fabulous Stains tells the

tale of an all-girl punk band’s meteoric rise and fall. Said to have influenced future riot grrrl pioneers such as Courtney Love, Bikini Kill and L7, this is a cult classic you won’t want to miss. We will also be welcoming some special surprise guests from the film at the Tribute.

For the first time in over 30 Years, the cast of Rock ‘N’ Roll High School will also be reuniting for a very special Q&A panel discussion before the screening of the film! Mary Woronov (Principal Evelyn Togar), Clint Howard  (Eaglebauer), Vince Van Patten (Tom Roberts), will be joining PJ Soles (Riff Randell), “King of the Bs” Roger Corman (producer) and Allan Arkush (director) to share what it was really like filming with Ramones and creating one of punk rock’s greatest films.

Also featured is an exhibition of Metallica guitarist Kirk Hammett’s collection of movie monster memorabilia in the Hollywood Forever mausoleum, Morrison Hotel Gallery’s exhibit of Ramones/punk photography, exclusive Ramones merchandise and fans from all over the world.

Tickets are available now at an early-bird discount. Get them while they’re only $20 here. Kids under 12 get in free.

Proceeds from the celebration will benefit the Johnny and Linda Ramone Foundation, supporting Dr. David Agus at the Keck School of Medicine, USC. Find out more here. Special thanks to our sponsors, KLOS, Cold Cock Whiskey, Punk Rock Militia Wines, and Angel City Brewing for making this event possible. 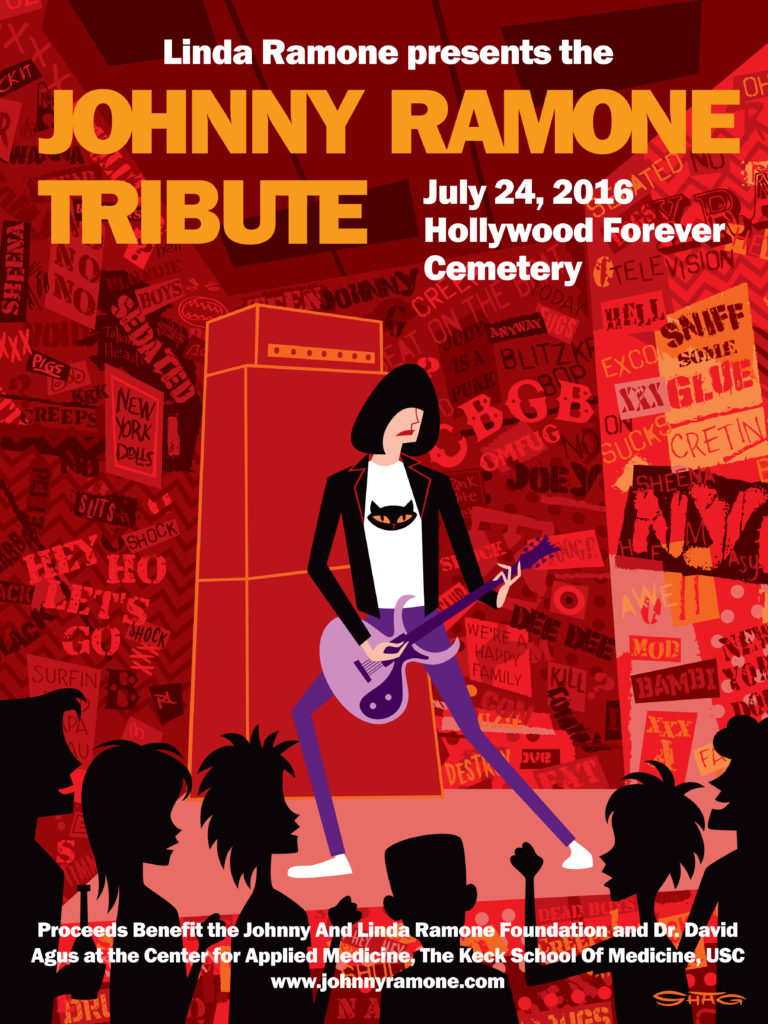