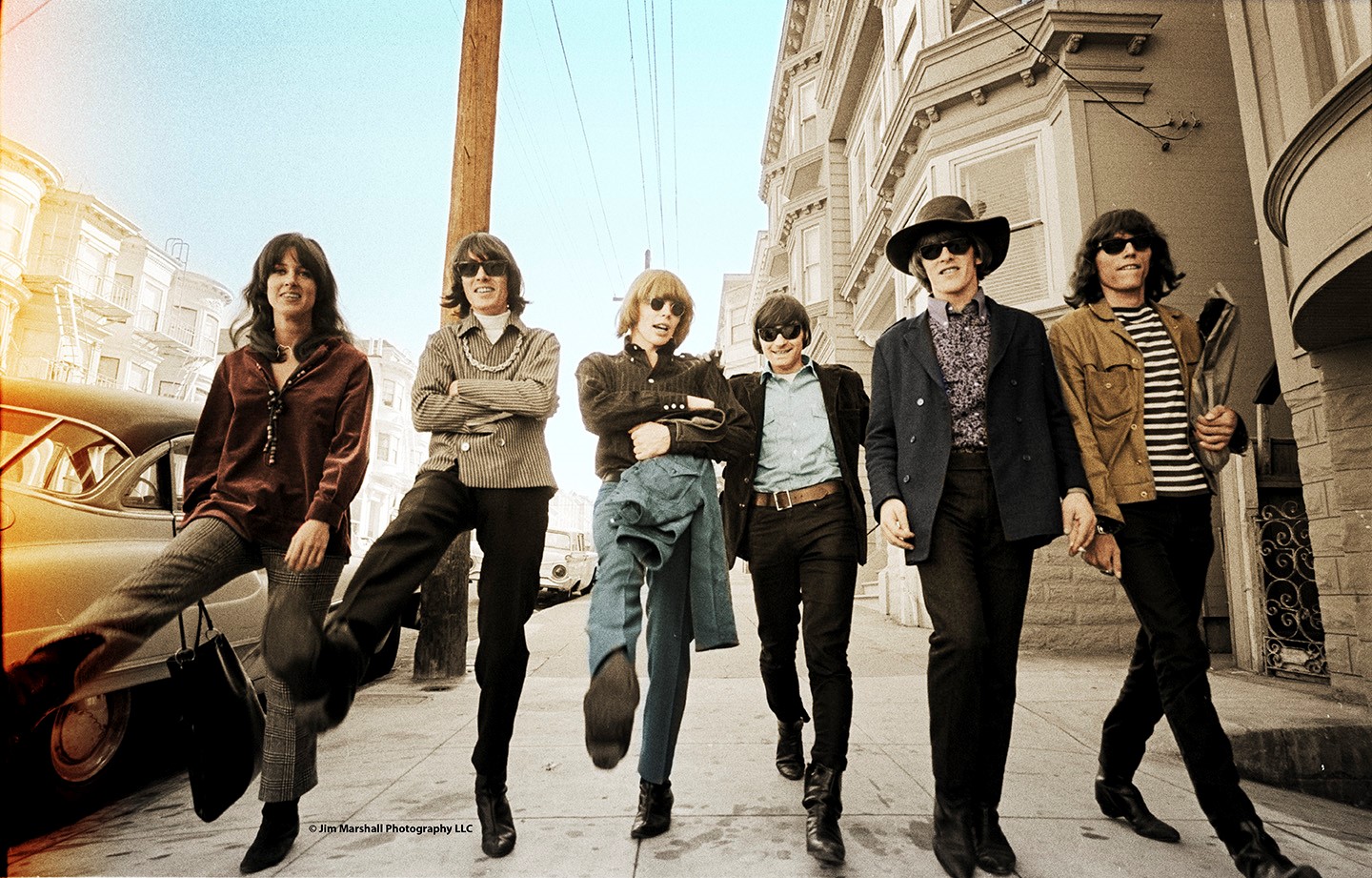 Jefferson Airplane’s debut show was on August 13, 1965 at the Matrix nightclub in San Francisco. The first performance featured Marty Balin on vocals, Paul Kantner on vocals/rhythm guitar, and Jorma Kaukonen on lead guitar. Signe Anderson, (who sang on Jefferson Airplane’s first recording “Jefferson Airplane Takes Off”) also performed. The bass player, Jack Casady and drummer Skip Spence, (who was later one of the original members of Moby Grape) joined the band two months later. Spencer Dryden became the drummer in June of 1966 and Grace Slick joined as vocalist in October of 1966. The band performed the first concert for Bill Graham at the legendary Fillmore Auditorium in San Francisco in February of 1966. Jefferson Airplane performed at the Berkeley Folk Festival, Monterey Jazz Festival, Monterey Pop Festival, Woodstock, and Altamont. They had hit singles “White Rabbit” and “Somebody to Love”, from the album Surrealistic Pillow. They were on the cover of Life Magazine in 1968. The band co-headlined with The Doors in Europe in the summer of 1968. Many legendary bands opened for the Airplane: Grateful Dead, Santana, The Doors, Jimi Hendrix, Creedence Clearwater Revival, The Who, Janis Joplin, Steve Miller, and many others.The band was inducted into the Rock and Roll Hall of Fame in 1996.

Check out the brand-new trailer that launched this morning for the new Matrix film that will be in theaters Dec. 22nd.  Features “White Rabbit”!...
09 September, 2021 / No comment